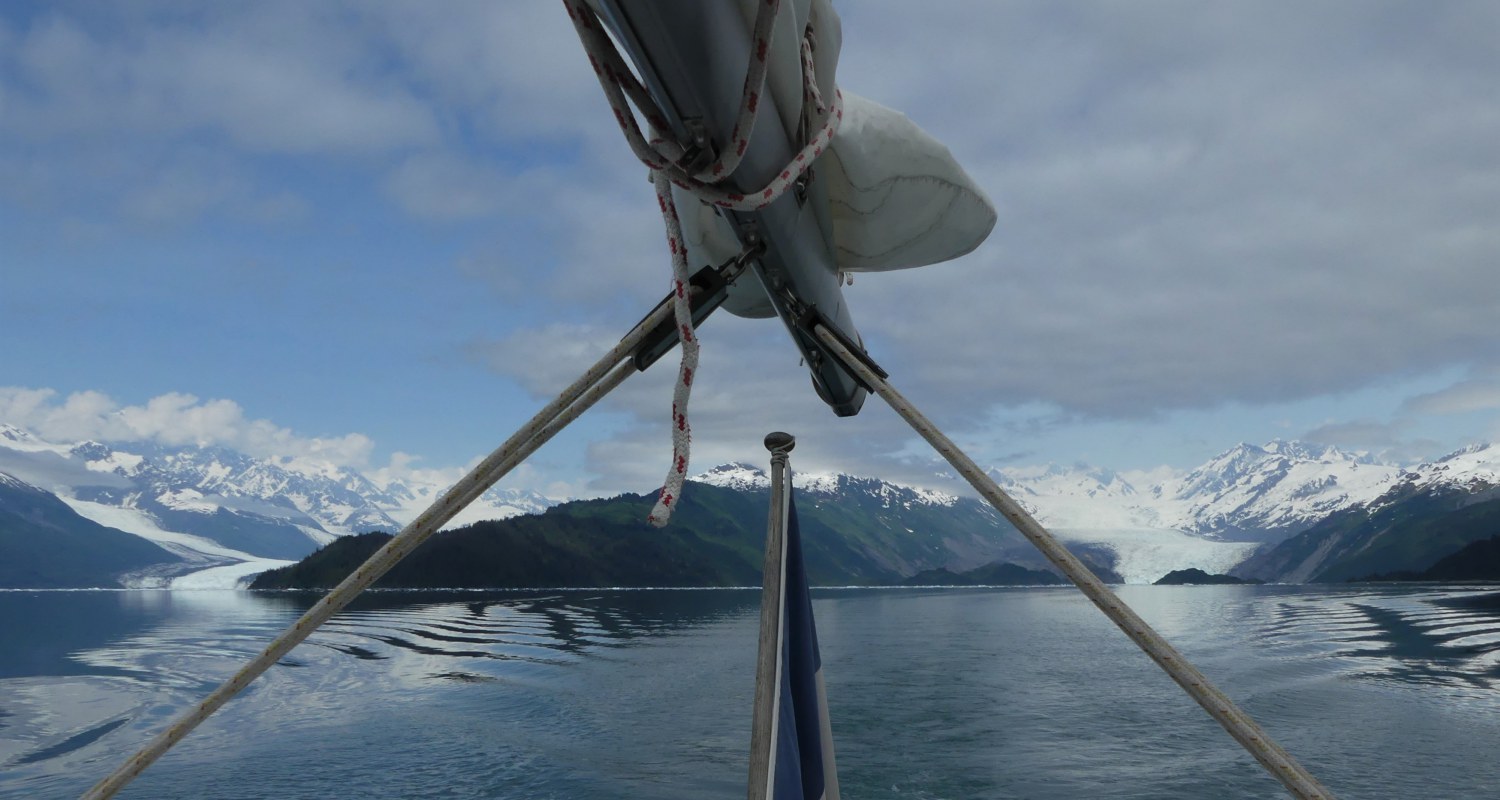 Offshore sailing on the Arctic Circle, from Prince William Sound to Inside Passage

Offshore sailing cruise from Valdez in Prince William Sound, to Juneau in the Inside Passage, offering the experience of night sailing with a few stops, for an extraordinary discovery of the Gulf of Alaska while watching for whales and orcas in the wake of the sailboat.

Glaciers still resist in Glacier Bay National Park, crashing down their seracs. Exploration of a raw nature, following in the footsteps of the naturalist John Muir, who during several canoe expeditions made an inventory of it in 1879 and became the founder of the American National Parks.

A little sailing experience would be desirable but not mandatory (however, do not confuse the adaptation of the first days with recurring seasickness).

Price indicated include: the annual membership to the association QILAK EXPEDITIONS, the navigation port/port in full board, the drinks (water, coffee, tea, and wine at the dinner), the supervision by a bilingual captain on all the route and the services of the crew, the visits of the sites and parks indicated in the program.
Price indicated does not include: airfare and hotels or transport from the airport to the sailboat, alcohol (other than wine at dinners), restaurants (including the last meal on Day 10) and bars.

Participants arrive at the embarkation port the day before Day 1 (D1) and spend one night in a hotel. Boarding takes place on the morning of D1 at 9 a.m. and we set sail shortly after. Disembarkation takes place around 6 p.m. on D10.

Note: Extend your stay!
This expedition aboard the Qilak sailboat is part of an itinerant journey along the Pacific coast, from Vancouver Island (Canada) to Kodiak Island (Alaska). You therefore have the possibility of extending your trip by registering for several expeditions! 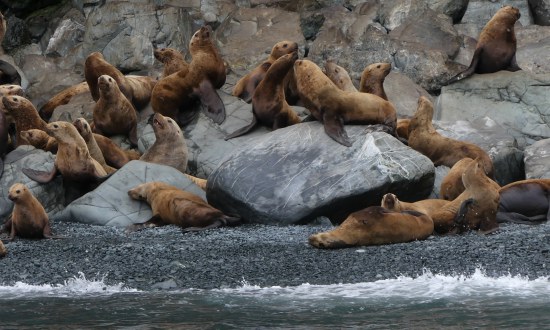 Boarding on Qilak in Valdez, approach a rockery of a hundred sea lions. Leaving Prince William Bay is magical! 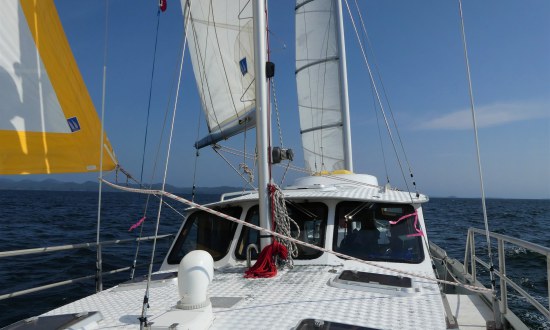 Days 2 to 5: Crossing the Gulf of Alaska

Offshore navigation from Prince William Sound to Yacutat, with a night at sea and in the company of whales. The sumptuous mountains of Mont Saint Elias in the background, give this decor a grandiose dimension. 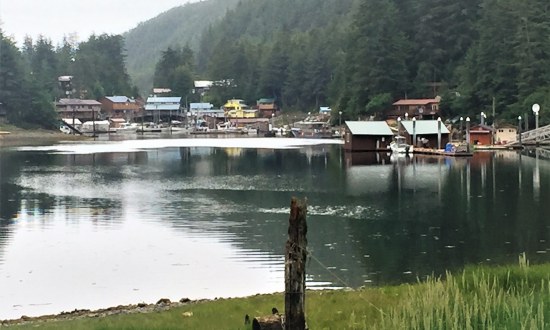 Stopover at Elfin Cove "village at the end of the world", where a dozen fishermen live in this charming cove with houses full of flowers. 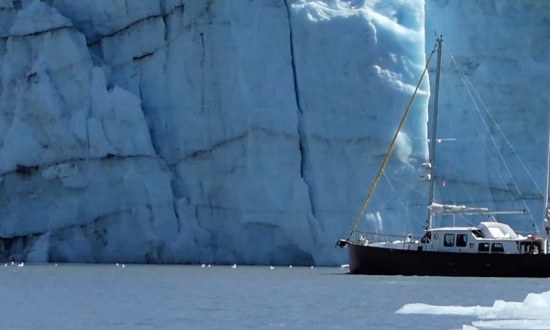 The surge of glaciers during the last "Little Ice Age" of the 18th century forced the Tlingit nation around 1750 to flee their land which they had inhabited for centuries. Anchorages and walks at the foot of some of the 16 glaciers, with the crash of impressive serac falls. The landscapes of this immense glacial valley are the delight of photographers. 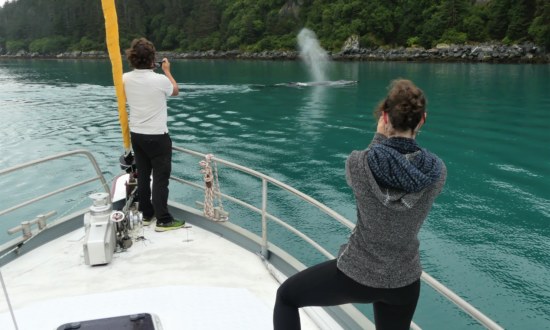 Disembarkation in Juneau, capital of Alaska and living memory of the pioneers of the gold rush.

Note: The itinerary is reversed for the departure on June 9 (code G3), ie: boarding in Juneau / disembarking in Valdez. 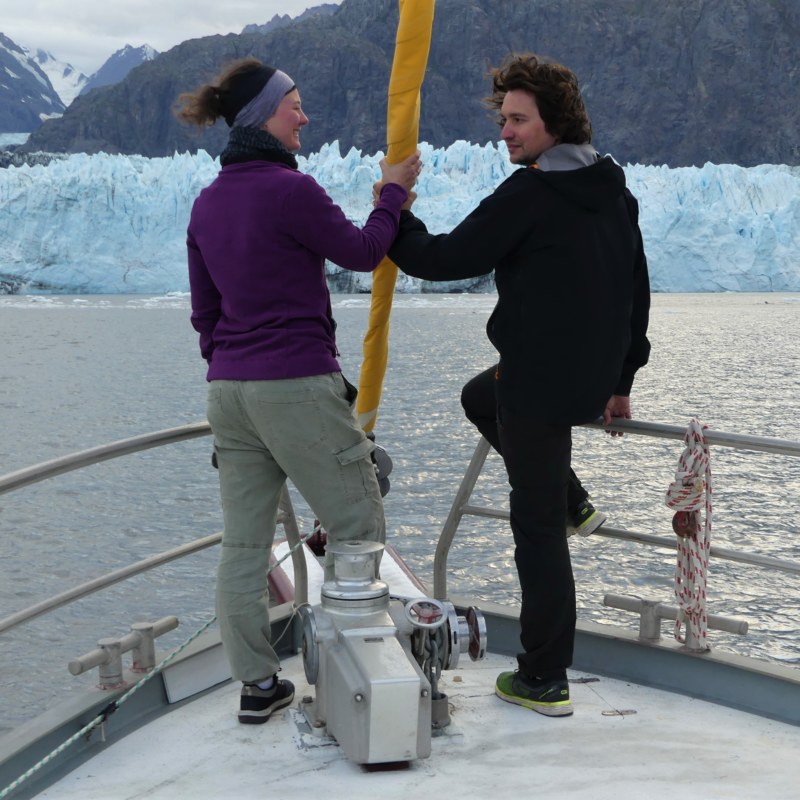 Superb cruise, discovery of magnificent landscapes, beautiful offshore crossing with night at sea and sharing quarters, then coastal navigation: glaciers in each bay and paradisiacal anchorages! Very beautiful adventure, good partners in Chess. Life at the rhythm of the water on the sailboat is refreshing and exotic! Completely connected to nature, I was able to greet otters, seals, hear the graceful song of whales, or even see bears. Thanks to Didier the skipper and Dorian the chef!