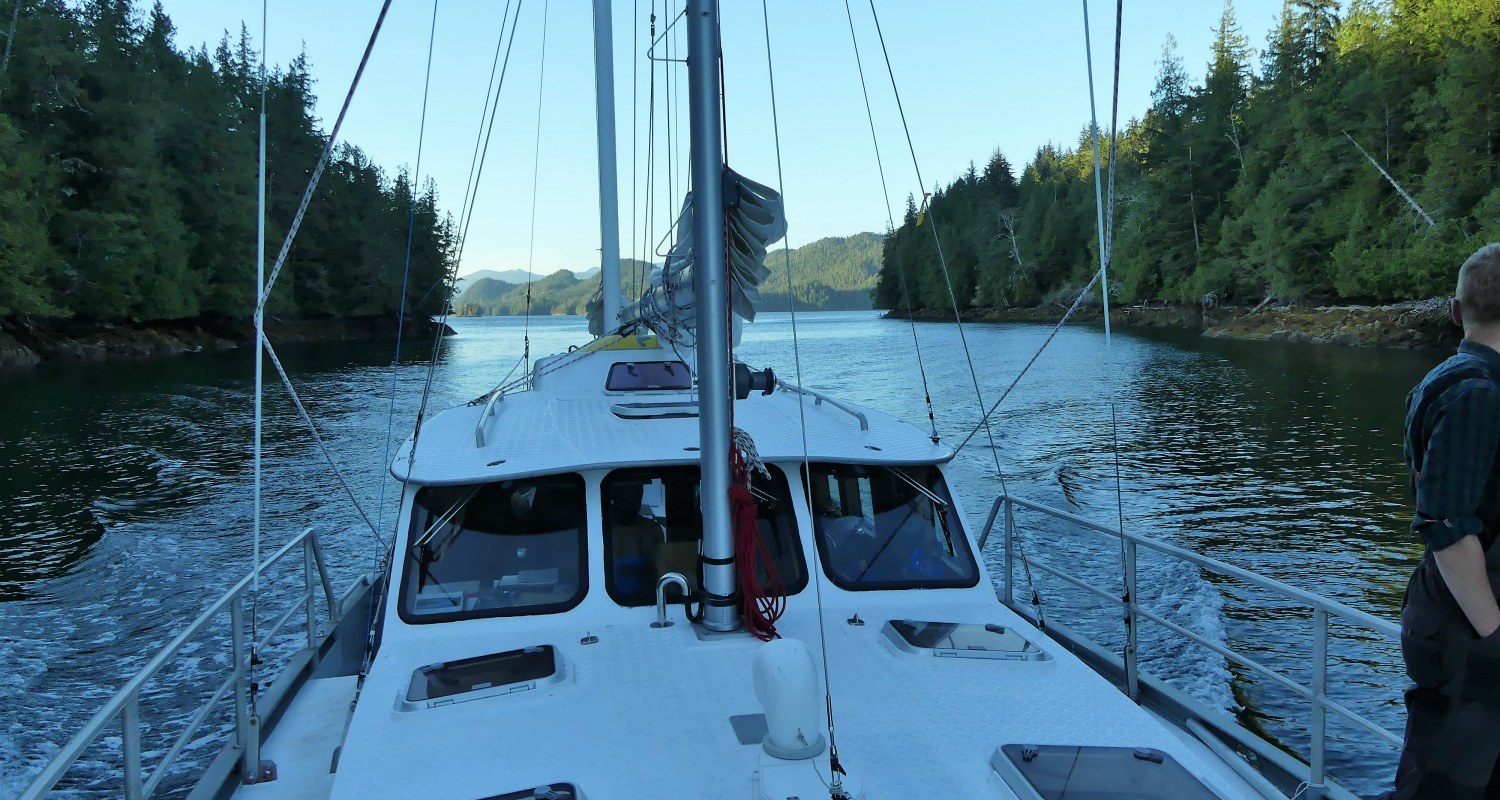 The Inside Passage cruise, between Alaska and Canada

Inland sea passage connecting Canada to Alaska, bordered by a myriad of islands and fjords

In the Inside Passage, natural canals between islands and fjords, in a maze of narrows with powerful currents, the boat remains today the only means of access to territories of raw nature, where loggers and fishermen live in a few “villages at the end of the world”, appearing out of nowhere in the kingdom of grizzly and black bears.

Southeast Alaska was completely invaded by ice during the last “Little Ice Age” of the 18th century. Glaciers still resist in Glacier Bay National Park, crashing their seracs. Along the water there are humpback whales, orcas colonies, flown over by majestic sea birds such as the crested shearwater or the peregrine falcon.

0 $USD / per person
Based on today exchange rate 1EUR = 0 USD
English is spoken aboard.

The indicated price includes: the annual membership to the association QILAK EXPEDITIONS, the navigation port/port in full board, the drinks (water, coffee, tea, and wine at the dinner), the supervision by a bilingual captain on all the route and the services of the crew, the visits of the sites and parks indicated in the program.
The indicated price does not include: airfare and hotels or transport from the airport to the sailboat, alcohol (other than wine at dinners), restaurants (including the last dinner on Day 10) and bars.

Participants arrive at the embarkation port the day before Day 1 (D1) and spend one night in a hotel. Boarding takes place on the morning of D1 at 9a.m. and we set sail shortly after. Disembarkation takes place around 6 p.m. on D10.

Note: Extend your stay!
This expedition aboard the Qilak sailboat is part of an itinerant journey along the Pacific coast, from Vancouver Island (Canada) to the Aleutian Islands (Alaska). You therefore have the possibility of extending your trip by registering for several expeditions! 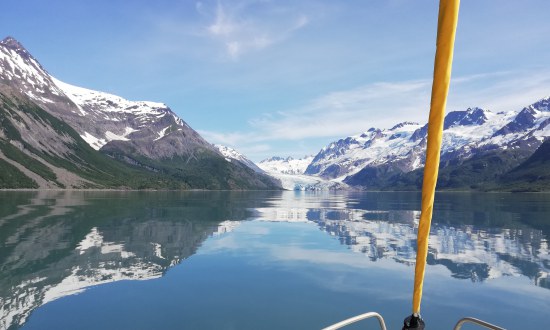 Embarkation aboard Qilak in Juneau, capital of Alaska and living memory of the pioneers of the gold rush. On the way to Glacier Bay National Park. Anchorage at Bartlett Cove. 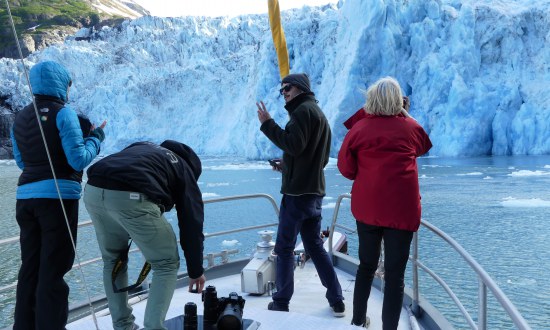 The surge of glaciers during the last "Little Ice Age" of the 18th century forced the Tlingit nation around 1750 to flee their land which they had inhabited for centuries. Anchorages and walks at the foot of some of the 16 glaciers which pour an incredible amount of icebergs into the fjords. The landscapes of this immense glacial valley of 1,930 square miles (5,000 km²) are magnificent. 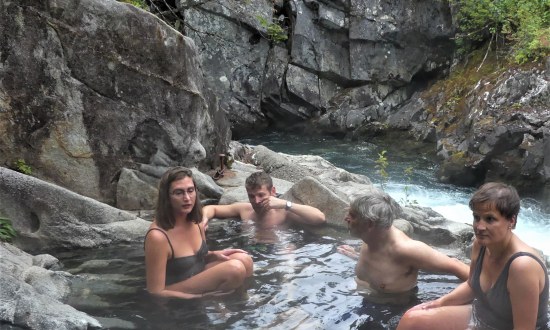 Baths in the natural basins of the warm springs of Warm Spring Bay. Anchorage at Waterfall Lagoon. 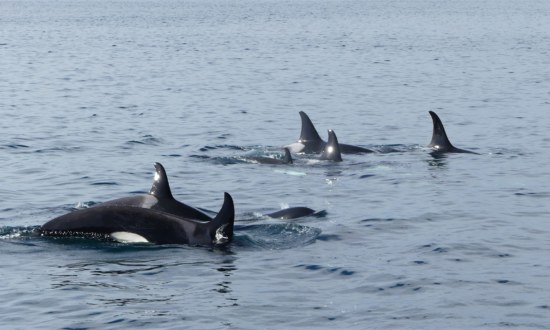 Dall's porpoises open the way for us to Petersburg, a village founded in 1890 by a Norwegian colony. Magnificent view of the snow-capped peaks bordering the coast. Anchorage in Petersburg. 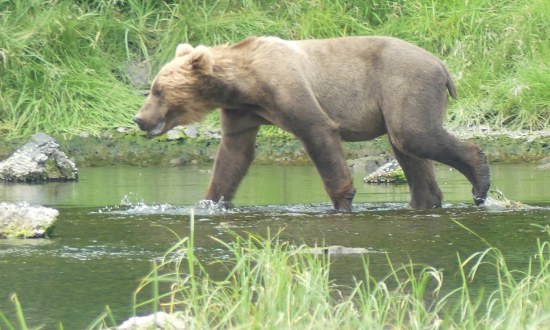 We continue our journey to the exciting Anan Creek Bear Observatory, in Tongass Forest. Wonderful shore excursion to watch the salmon come up, caught at the mercy of grizzly bears. Anchorage at Anan Bay. 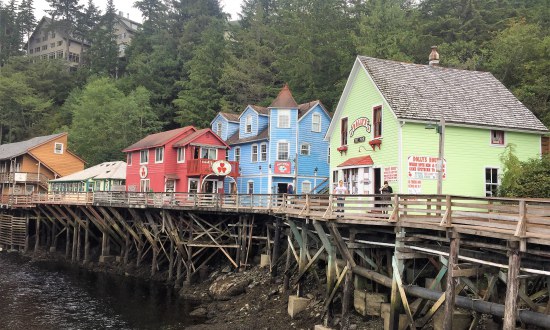 Anchorage and disembarkation in Ketchikan: maritime gateway to Alaska and a small lakeside town with impressive totem poles. 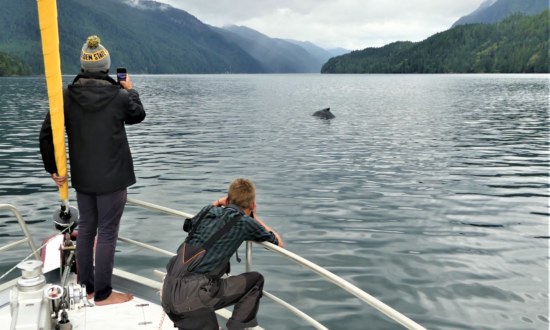 Note: The itinerary is reversed for the departure on August 16 (code P12), ie: boarding in Ketchikan / disembarking in Juneau. 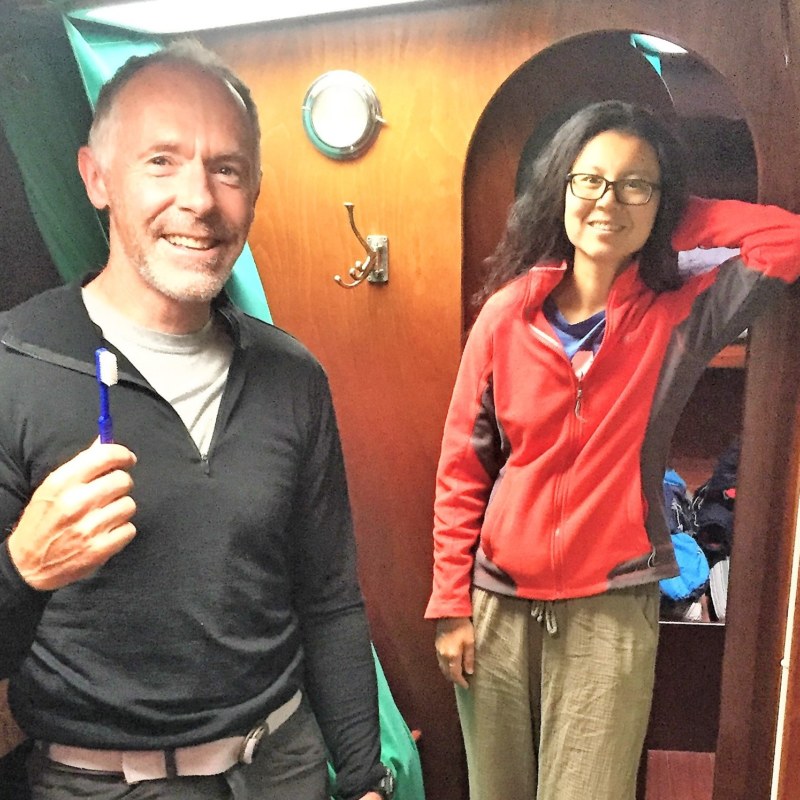 In a comfortable and spacious boat, our skipper Didier, attentive and above all very professional. introduced us to impressive glaciers, majestic forests and introduced us to an Indian tribe whose history he explained to us. Life on board the sailboat was very nice, we got to meet some interesting people who share the same interests in wildlife. Didier really took the time to take care of our comfort and the atmosphere on board. Despite totally different worlds, he was able to bring us all together during this cruise. It is heartwarming to see that he is still so passionate about telling his travels and delighted to discover our stories.